The Slide and Chuck Noll: A Win for Any Pittsburgh Dad

The Slide and Chuck Noll: A Win for Any Pittsburgh Dad

This Father’s Day let dad brush up on his Pittsburgh sports history with The Slide: Leyland, Bonds, and the Star-Crossed Pittsburgh Pirates by father-son writing duo Richard and Stephen Peterson and Chuck Noll: His Life’s Work by Michael MacCambridge. The Petersons trace Pirates baseball history from the 1970s to today, including the twenty-year bump along the road. MacCambridge gives life to the man who brought the Pittsburgh Steelers to the forefront of the National Football League, but removed himself from the spotlight. This is the first comprehensive biography of Chuck Noll.  With both books, you get a newfound understanding of the teams that have helped to make Pittsburgh great.

The Slide: Leyland, Bonds, and the Star-Crossed Pittsburgh Pirates 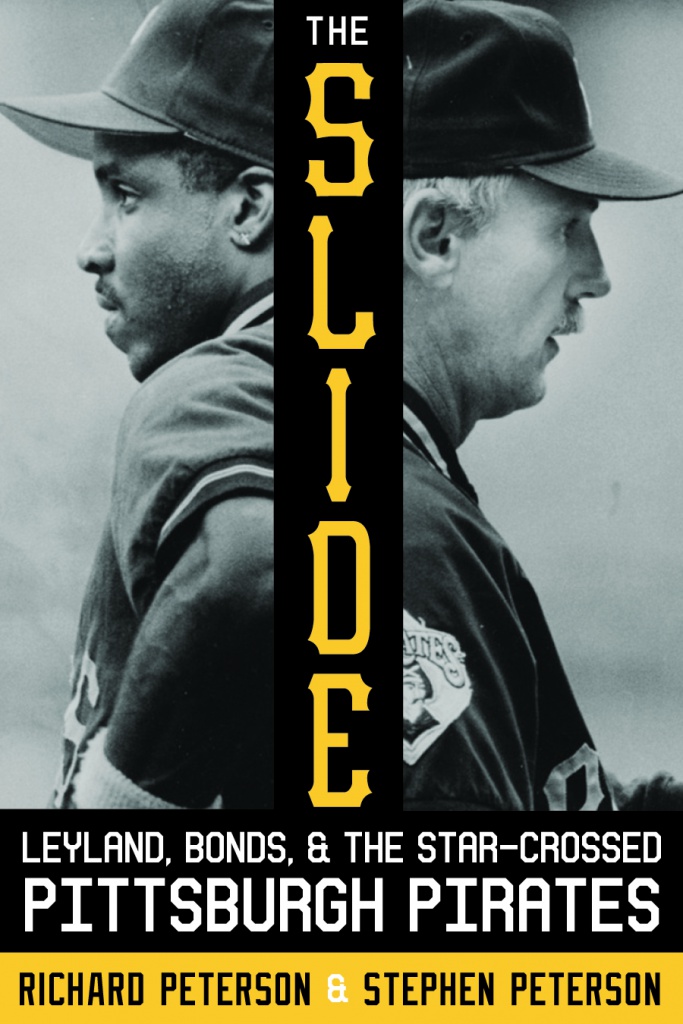 In the deciding game of the 1992 National League Championship Series against the Atlanta Braves, the Pittsburgh Pirates suffered the most dramatic and devastating loss in team history when former Pirate Sid Bream slid home with the winning run. Bream’s infamous slide ended the last game played by Barry Bonds in a Pirates uniform and sent the franchise reeling into a record twenty-season losing streak. The Slide tells the story of the myriad events, beginning with the aftermath of the 1979 World Series, which led to the fated 1992 championship game and beyond. It describes the city’s near loss of the team in 1985 and the major influence of Syd Thrift and Jim Leyland in developing a dysfunctional team into a division champion. The book gives detailed accounts of the 1990, 1991, and 1992 division championship seasons, the critical role played by Kevin McClatchy in saving the franchise in 1996, and summarizes the twenty losing seasons before the Pirates finally broke the curse of “the slide” in 2013, with their first playoff appearance since 1992.

Listen to an interview with Richard and Stephen Peterson on Pennsylvania’s Sports Network’s “Sports Now” about The Slide.

Richard “Pete” Peterson is the author and editor of several baseball books, including The Pirates Reader, Growing Up With Clemente, Pops: The Willie Stargell Story, and Extra Innings: Writing on Baseball. He is coeditor (with David Shribman) of 50 Great Moments in Pittsburgh Sports. A Pittsburgh native, Peterson is Professor Emeritus of English at Southern Illinois University.

Stephen Peterson has worked as a teacher and screenwriter for the last ten years. He resides in Los Angeles, CA. 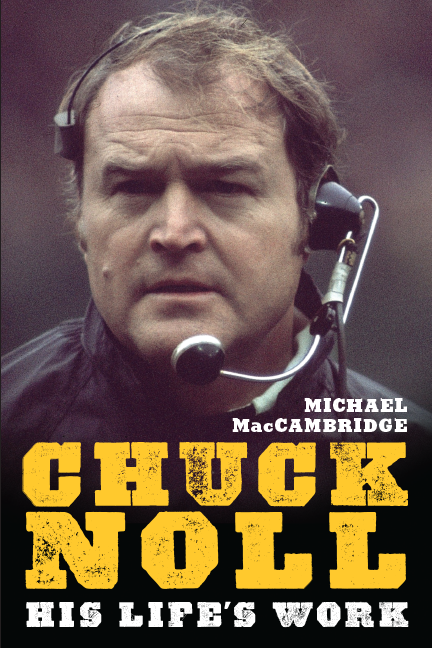 Chuck Noll won four Super Bowls and presided over one of the greatest football dynasties in history, the Pittsburgh Steelers of the ’70s. Later inducted into the Pro Football Hall of Fame, his achievements as a competitor and a coach are the stuff of legend. But Noll always remained an intensely private and introspective man, never revealing much of himself as a person or as a coach, not even to the players and fans who revered him.

Chuck Noll did not need a dramatic public profile to be the catalyst for one of the greatest transformations in sports history. In the nearly four decades before he was hired, the Pittsburgh Steelers were the least successful team in professional football, never winning so much as a division title. After Noll’s arrival, his quiet but steely leadership quickly remolded the team into the most accomplished in the history of professional football. And what he built endured well beyond his time with the Steelers—who have remained one of America’s great NFL teams, accumulating a total of six Super Bowls, eight AFC championships, and dozens of division titles and playoff berths.

In this penetrating biography, based on deep research and hundreds of interviews, Michael MacCambridge takes the measure of the man, painting an intimate portrait of one of the most important figures in American football history. He traces Noll’s journey from a Depression-era childhood in Cleveland, where he first played the game in a fully integrated neighborhood league led by an African-American coach and then seriously pursued the sport through high school and college. Eventually, Noll played both defensive and offensive positions professionally for the Browns, before discovering that his true calling was coaching. MacCambridge reveals that Noll secretly struggled with and overcame epilepsy to build the career that earned him his place as “the Emperor” of Pittsburgh during the Steelers’ dynastic run in the 1970s, while in his final years, he battled Alzheimer’s in the shelter of his caring and protective family.

Noll’s impact went well beyond one football team. When he arrived, the city of steel was facing a deep crisis, as the dramatic decline of Pittsburgh’s lifeblood industry traumatized an entire generation. “Losing,” Noll said on his first day on the job, “has nothing to do with geography.” Through his calm, confident leadership of the Steelers and the success they achieved, the people of Pittsburgh came to believe that winning was possible, and their recovery of confidence owed a lot to the Steeler’s new coach. The famous urban renaissance that followed can only be understood by grasping what Noll and his team meant to the people of the city. The man Pittsburghers could never fully know helped them see themselves better.

Chuck Noll: His Life’s Work tells the story of a private man in a very public job. It explores the family ties that built his character, the challenges that defined his course, and the love story that shaped his life. By understanding the man himself, we can at last clearly see Noll’s profound influence on the city, players, coaches, and game he loved. They are all, in a real sense, heirs to the football team Chuck Noll built.

Michael MacCambridge is one of the nation’s foremost authorities on football. His book America’s Game: The Epic Story of How Pro Football Captured A Nation was named one of the most distinguished works of non-fiction by the Washington Post in 2004, and won the Nelson Ross Award from the Professional Football Researchers Association. He also edited the critically acclaimed ESPN College Football Encyclopedia, hailed by Sports Illustrated as “the Bible” of the sport. In addition to his many books, MacCambridge’s freelance writing has appeared in the New York Times, the Wall Street Journal, the Washington Post, Sports Illustrated, and GQ.