The Ten Most Captivating Butterflies in Pennsylvania

The Ten Most Captivating Butterflies in Pennsylvania

In a comprehensive guide, Butterflies of Pennsylvania: a field guide by James L. Monroe and David M. Wright, the butterflies that traverse the state are described in stunning detail, with over 900 color photos to complement them.  Here is a selection of ten out of the one hundred and eighty-six species that make up Pennsylvania’s unique butterfly population.

So aptly named for the mammal that it resembles, male Zebra Swallowtails puddle, or rest in sandy or gravely areas to absorb salts and amino acids, which aid in their reproduction. 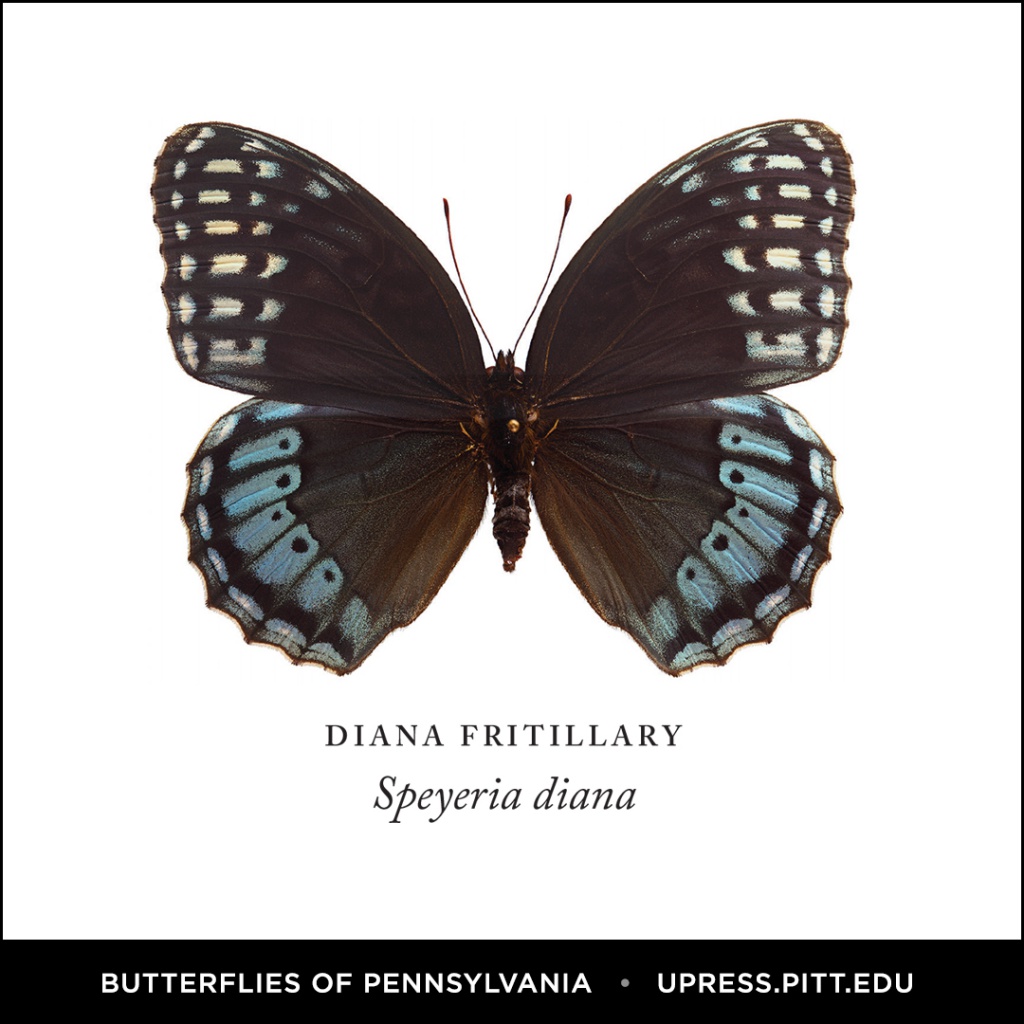 The Diana Fritillary is incredibly rare, and in fact has not been sighted in Pennsylvania since the late nineteenth century. The female will mimic the Pipevine Swallowtail, which is poisonous, so as to avoid predation. 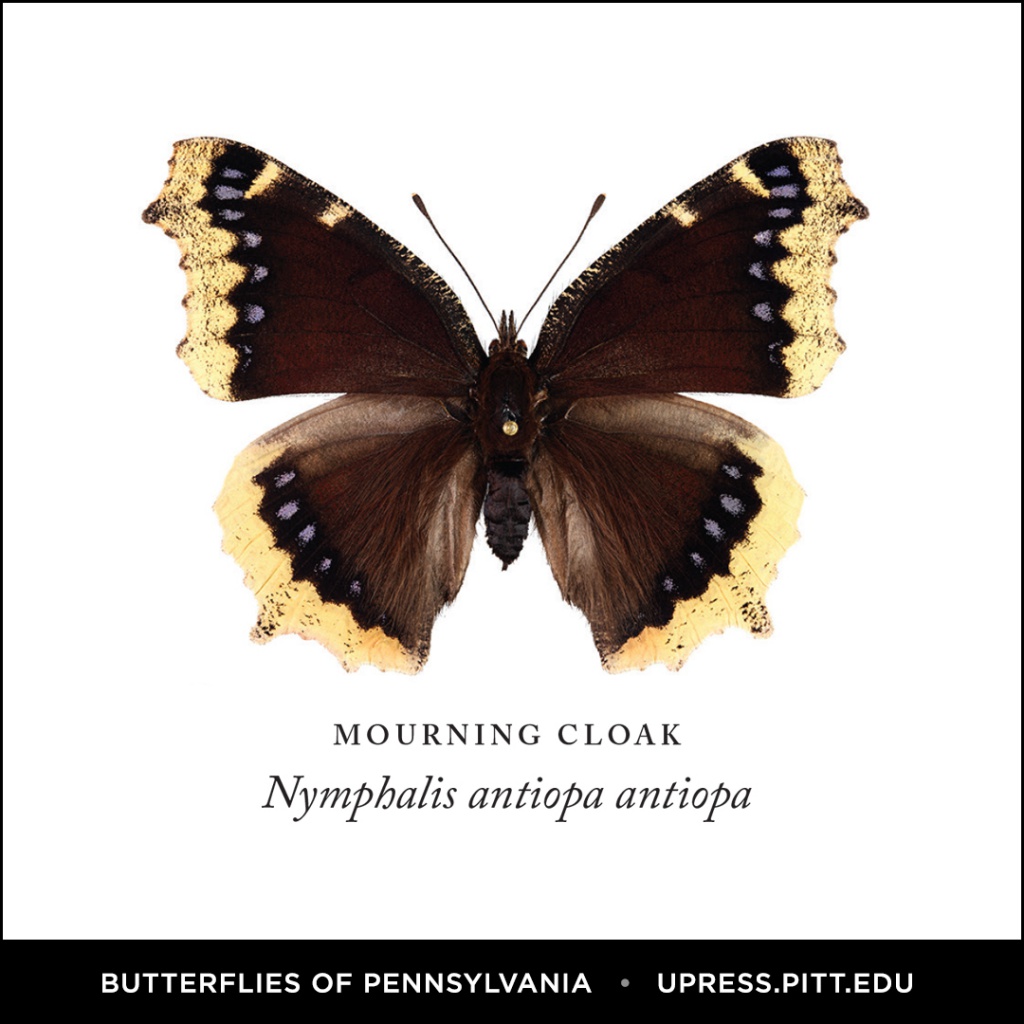 This butterfly is one of the first to be seen each year, usually in February or March, but rests during the hot and dry season. Adult Mourning Cloaks live ten to eleven months and are believed to be the butterflies with the longest life span. 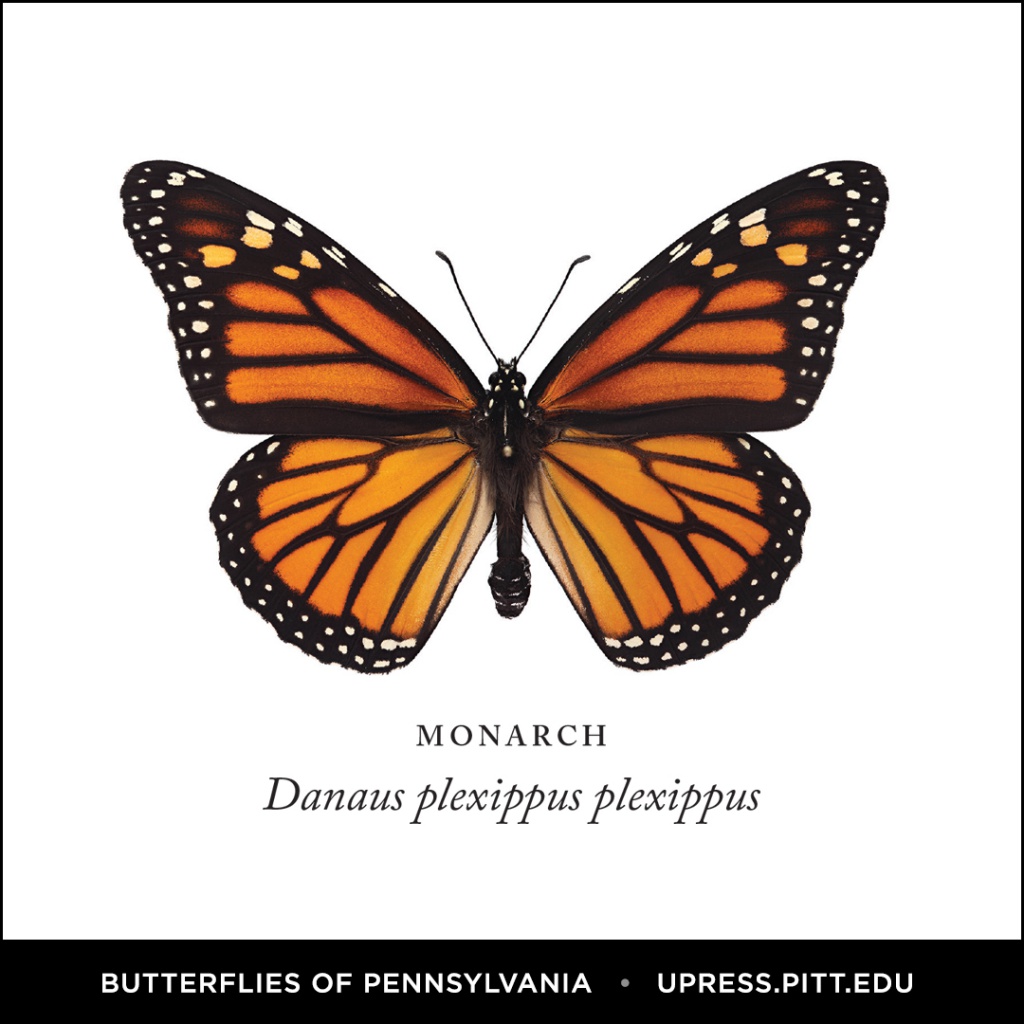 Monarch Butterflies are the most recognizable and can reach a wingspan up to five inches, the longest of all butterflies. Their orange coloring warns predators not to eat them. Each year they migrate over 2,000 miles to California and Mexico, and have been doing so for thousands of years. 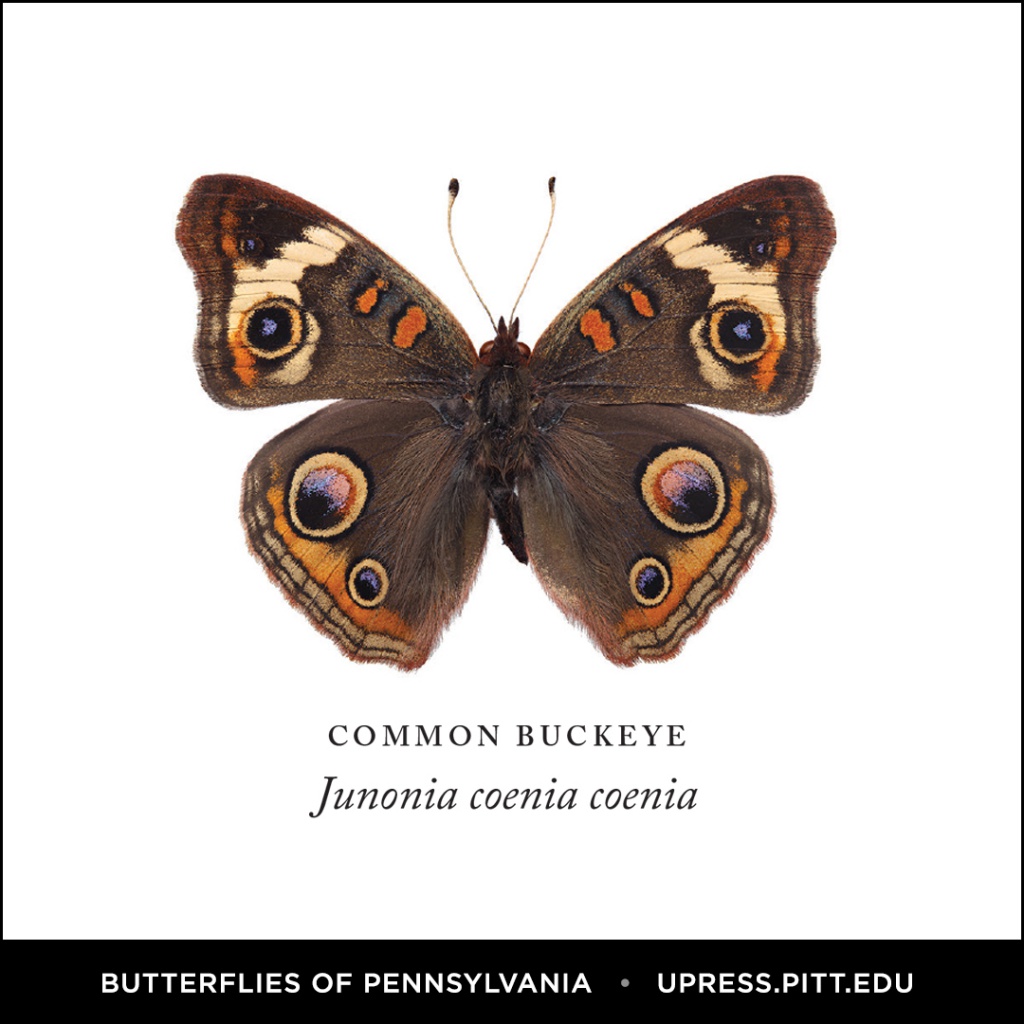 These butterflies are easily recognizable by their large eyespots on their wings. They are found in most counties in Pennsylvania. Female Common Buckeyes are larger than their male counterparts. 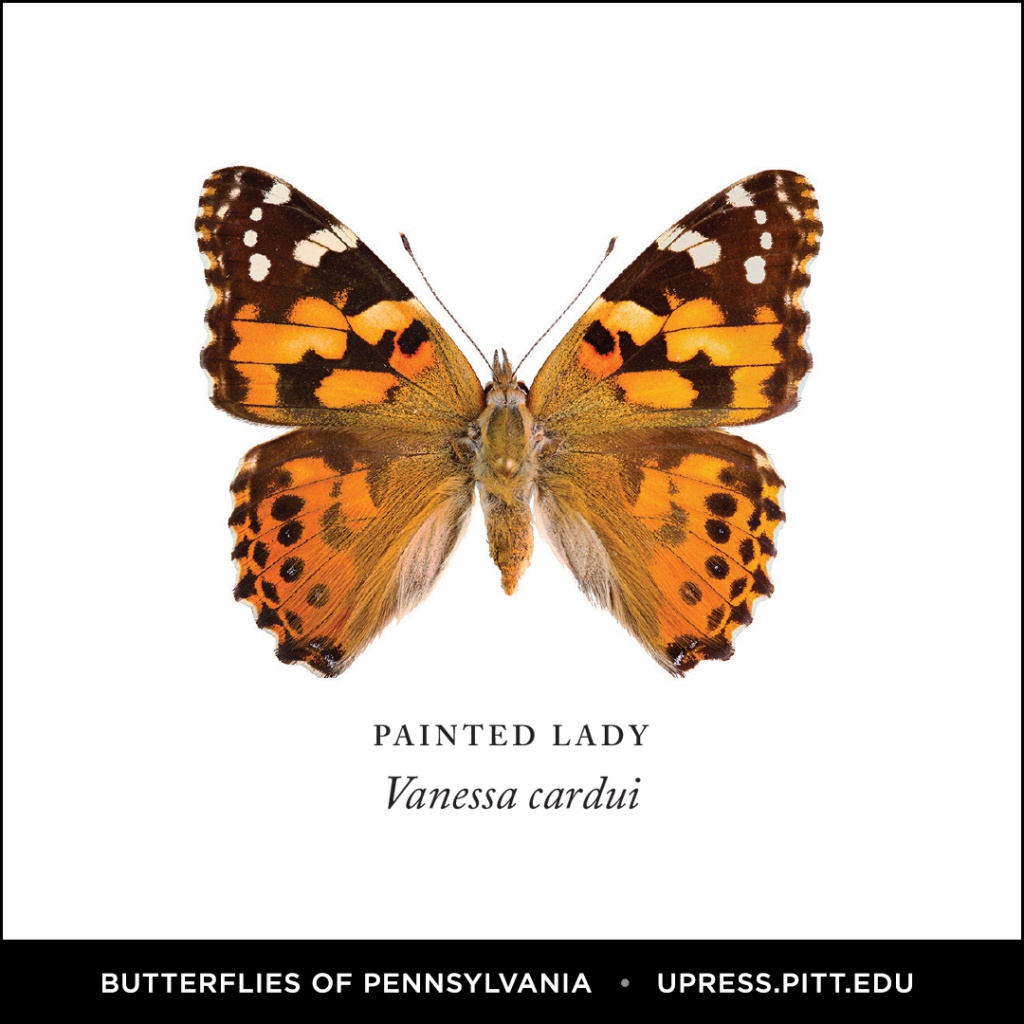 Known as the Cosmopolitan, the Painted Lady is the most common butterfly in the world. It is also called the Thistle Butterfly because it is the caterpillar’s favorite snack. 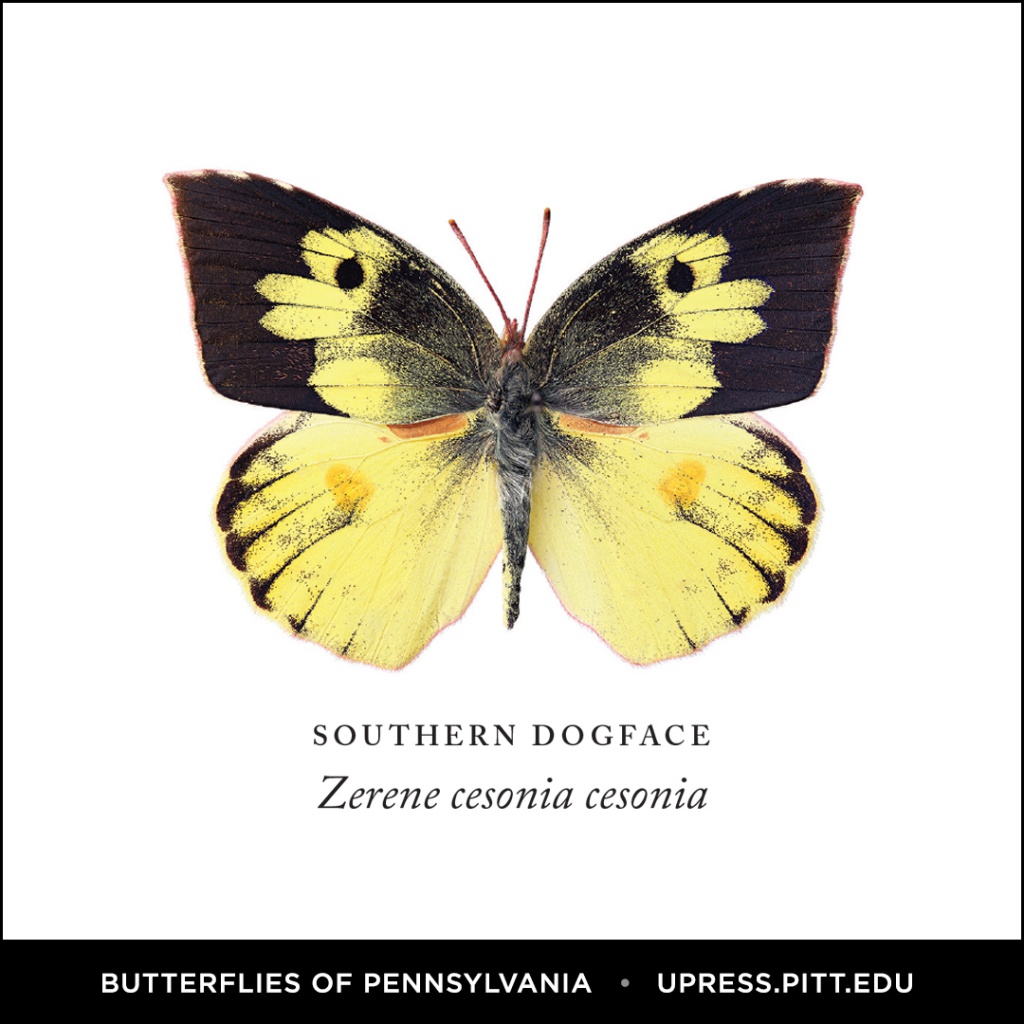 Named for the yellow on the forewing which resembles a dog’s head, the Southern Dogface takes on a pink hue in the winter. Females lay their eggs on pea plants, which the larvae enjoy munching on. 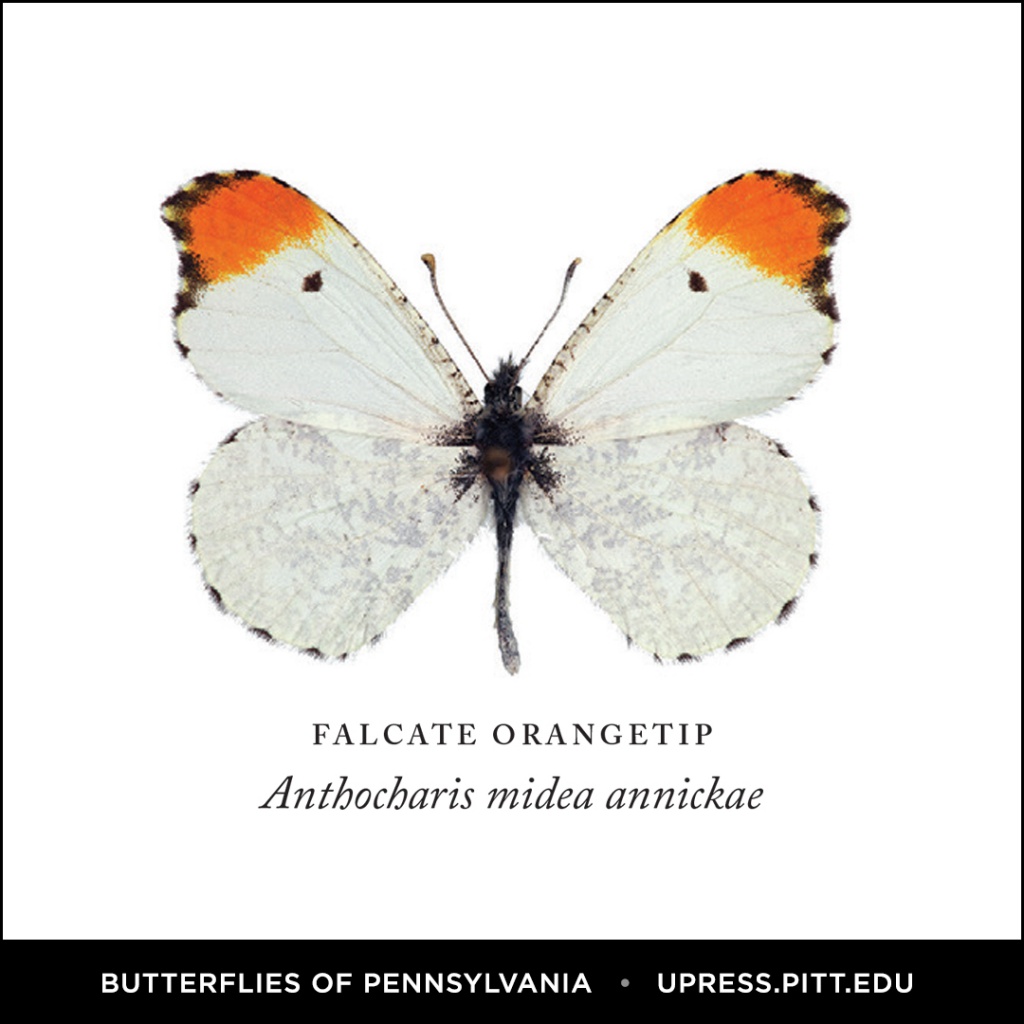 The harbinger of spring, in all its range, Falcate Orangetips are almost always seen in flight. However, their name is deceiving because only the males have orange on their wings, whereas females are white with a single black spot. 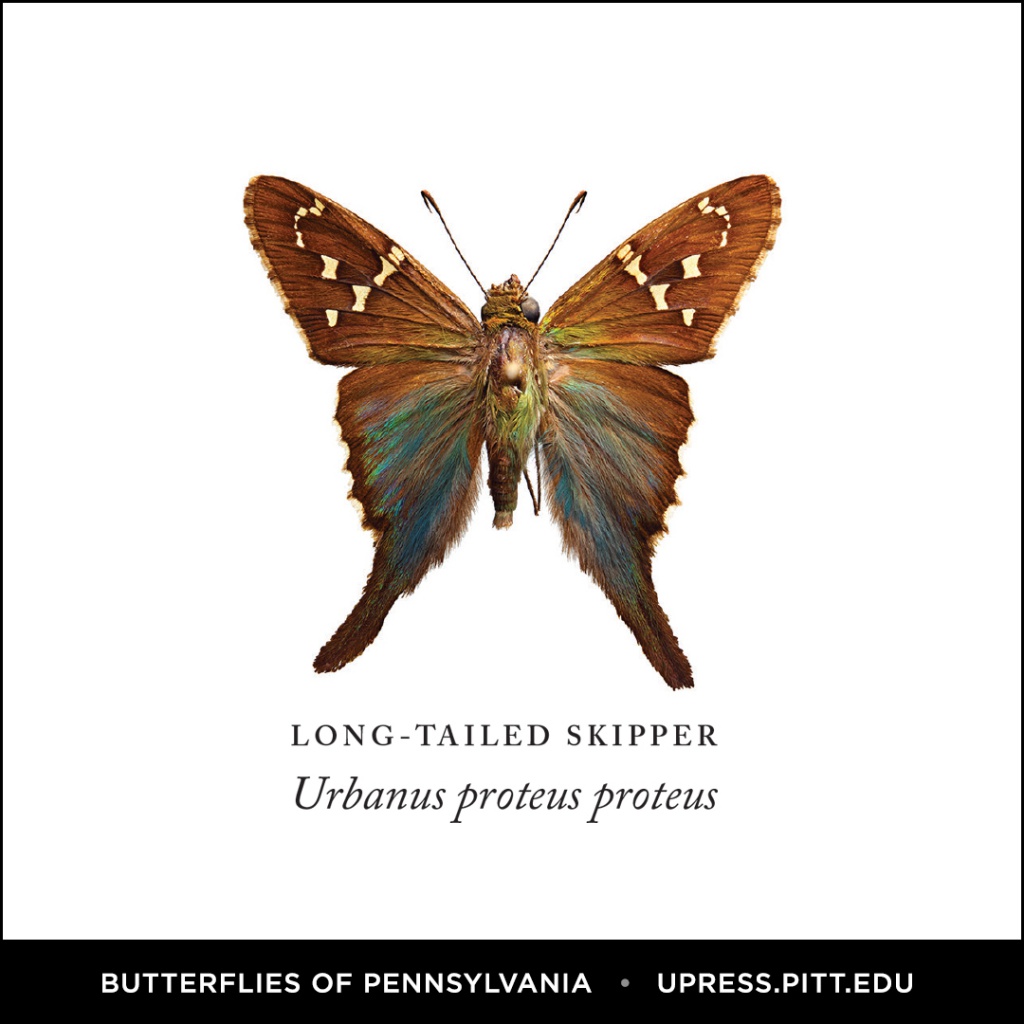 These butterflies are incredibly territorial. They find a spot to overlook their territory and will fly at anything that moves into the area, including humans.  If it hits you, it means it saw you. 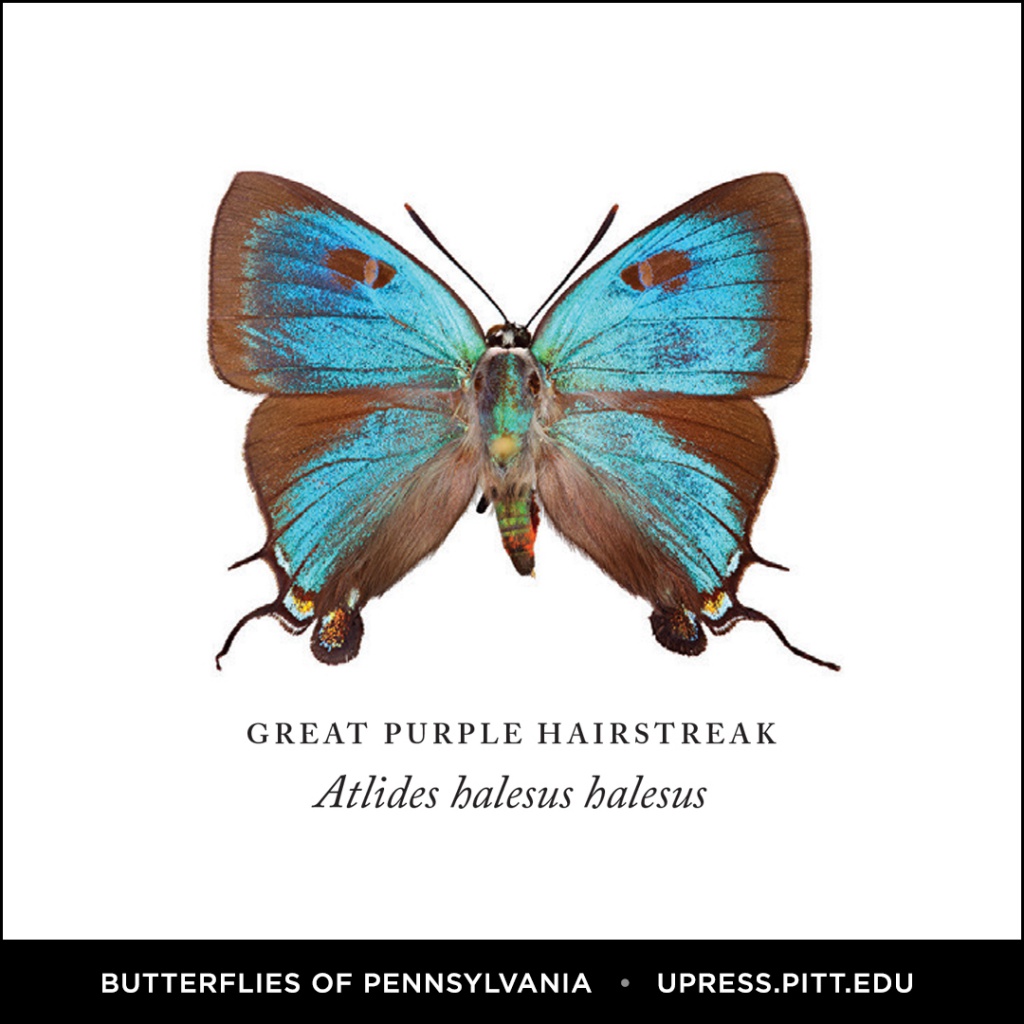 The Great Purple Hairstreak is rare in Pennsylvania. Their hair-like projections act as false antennae to lure predators into biting their wings, rather than their head, which allows them to escape.  They are fairly easy for humans to approach.