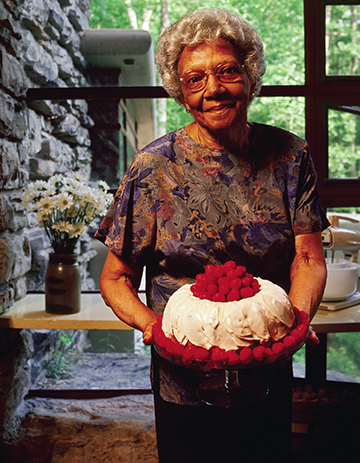 Ever since UPP published The Fallingwater Cookbook: Elsie Henderson’s Recipes and Memories in 2008, the now 101-year-old Henderson has made at least two annual visits to Fallingwater to sign copies of the book and visit with those touring this Frank Lloyd Wright icon. Those standing visits are on Memorial Day and Labor Day weekends.

This Memorial Day will be no different. Henderson will visit Fallingwater on May 23, from 11 a.m.-1 p.m., accompanied by UPP publicist Maria Sticco. “Elsie gets so much enjoyment out of talking to the crowds at Fallingwater, and sharing memories of the 15 years she worked there for the Kaufmann family,” Sticco commented. “Whether it’s recounting how the Kaufmanns frolicked nude in the waterfall, how Mrs. Kaufmann pampered her dogs by serving them steak, or doing impressions of guests from Buckingham Palace—Elsie basks in her few minutes of fame!”

Here is Henderson’s recipe for Clove Cake, one of Edgar Kaufmann Sr.’s favorites. Henderson made this treat for many of her early book signings. It calls for a tablespoon of ground cloves, but it’s not overwhelming when you eat it. 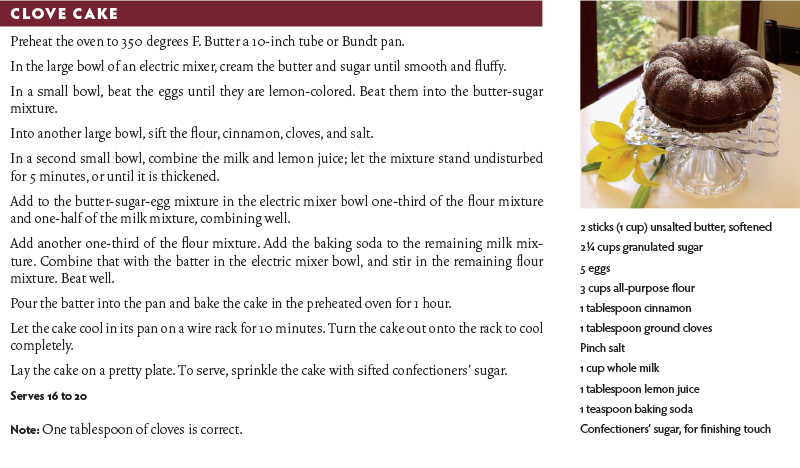 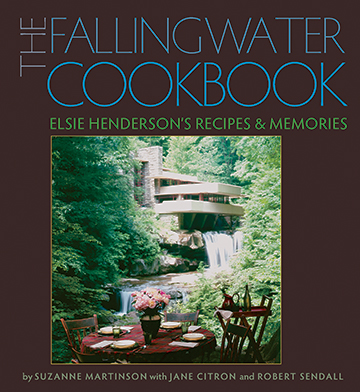