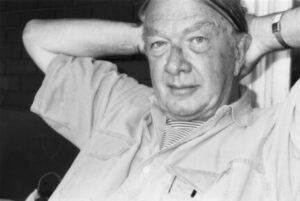 Following a long, distinguished career as a poet, teacher, and editor, Ed Ochester, series editor and creative force behind the Pitt Poetry Series of the University of Pittsburgh Press, has retired.

Ochester took over the Pitt Poetry Series in 1978 and has published hundreds of collections by established and rising poets. When Ochester inherited the series, he sought to broaden the scope of what American poetry looked like, publishing women poets, queer poets, and poets of color at a time when there was little diversity to be found in the poetry publishing realm. Ochester became a driving force of American poetry, working with poets Billy Collins, Etheridge Knight, Larry Levis, and Sharon Olds. Under Ochester’s leadership, books in the series have been recognized as winners or finalists for the National Book Award, the Lenore Marshall Poetry Prize, the Kingsley Tufts Poetry Award and the Kate Tufts Discovery Award, the National Book Critics Circle Award, the William Carlos Williams Award, the PEN America Jean Stein Book Award, and many others.

In addition to Ochester’s work selecting and editing collections for the Pitt Poetry Series, he established the Agnes Lynch Starrett Poetry Prize in 1981, one of the premier prizes for a first full-length book of poems. He was also the editor for the Drue Heinz Literature Prize for many years.

“[Ochester] had a vision of 21st century American poetry in 1978 and, award-winning book by award-winning book, went about making it happen,” shared poet, memoirist, and Cave Canem Foundation co-founder Toi Derricotte. “Almost never visible in front, but leading the way from behind, [he was] certainly the most important [poetry] editor of the 20th century.”

Ochester is professor emeritus of English at the University of Pittsburgh and is on the faculty of the Bennington College MFA Writing Seminars. In 2001, Ochester received Pittsburgh Cultural Trust’s Creative Achievement Award. Ochester has twice served as president of the Association of Writers & Writing Programs, where he received the George Garrett Award for Outstanding Community Service in Literature in 2006. He is the author of numerous poetry collections, including Sugar Run Road, Unreconstructed: Poems Selected and New, and The Republic of Lies, and was editor of American Poetry Now.

The University of Pittsburgh Press is actively seeking Ochester’s successor.