Our third prompt for Read Smarter is “Read a book by a woman scholar.” For this prompt, the subject of the book is up to you, as long as the author is a female scholar. This prompt was originally meant to coincide with Women’s History Month in March, but unfortunately due to the COVID-19 pandemic, we had to place our focus elsewhere. But we’re back now with more recommendations, and hope that you make time during your quarantine to #ReadSmarter!

You can download the full checklist here: Read Smarter

Here are some suggestions from participating presses, presented alphabetically by author. Feel free to recommend other titles in the comments. We may occasionally update this list. 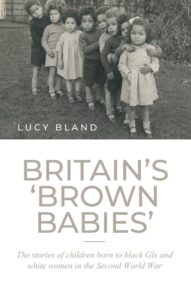 This book recounts a little-known history of the estimated 2,000 babies born to black GIs and white British women in the second world war. The African-American press named these children “brown babies”; the British called them “half-castes”. There has been minimal study of these children and the difficulties they faced, such as racism in a (then) very white Britain, lack of family or a clear identity. The book will present the stories of over fifty of these children, their stories contextualised in terms of government policy and attitudes of the time. Accessibly written, with stories both heart-breaking and uplifting, the book is illustrated throughout with photographs. 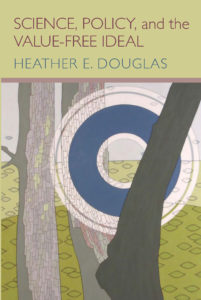 Following a philosophical analysis of the historical background of science advising and the value-free ideal, Douglas defines how values should-and should not-function in science. She discusses the distinctive direct and indirect roles for values in reasoning, and outlines seven senses of objectivity, showing how each can be employed to determine the reliability of scientific claims. 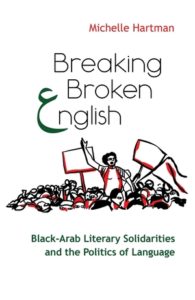 Breaking Broken English shows how language is the location where literary and poetic beauty meet the political in creative work. Hartman draws out thematic connections between Arabs/Arab Americans and Black Americans around politics and culture and also highlights the many artistic ways these links are built. She shows how political and cultural ideas of solidarity are written in creative texts and emphasizes their potential to mobilize social justice activists in the United States and abroad in the ongoing struggle for the liberation of Palestine.

By turns alarming and awe-inspiring, Face offers up an elaborately illustrated A to Z—from the didactic anthropometry of the late-nineteenth century to the selfie-obsessed zeitgeist of the twenty-first. Jessica Helfand looks at the cultural significance of the face through a critical lens, both as social currency and as palimpsest of history. Investigating everything from historical mugshots to Instagram posts, she examines how the face has been perceived and represented over time; how it has been instrumentalized by others; and how we have reclaimed it for our own purposes. 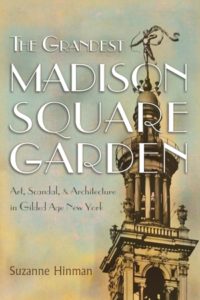 The Grandest Madison Square Garden tells the remarkable story behind the construction of the second, 1890, Madison Square Garden and the controversial sculpture that crowned it. Set amid the magnificent achievements of nineteenth-century American art and architecture, the book delves into the fascinating private lives of the era’s most prominent architect and sculptor and the nature of their intimate relationship. 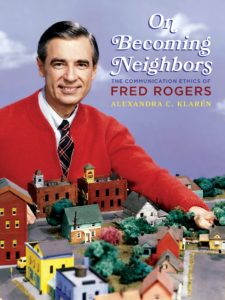 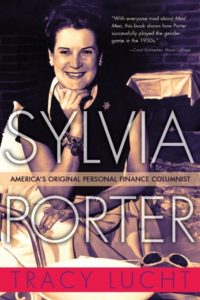 Sylvia Porter (1913–1991) was the nation’s first personal finance columnist and one of the most admired women of the twentieth century. In Sylvia Porter: America’s Original Personal Finance Columnist, Lucht traces Porter’s professional trajectory, identifying her career strategies and exploring the role of gender in her creation of a once-unique, now-ubiquitous form of journalism. A pioneer for both male and female journalists, Porter established a genre of newspaper writing that would last into the twenty-first century while carving a space for women in what had been an almost exclusively male field.

Anne Clifford (1590-1676) was a prominent noble woman in the seventeenth century. During her long life she experienced the courts of Elizabeth, James, and Charles I. She fought a decades long battle to secure her inheritance of the Clifford lands of the north, providing a spirited and legally robust defense of her rights despite the opposition of powerful men, including James I. Her autobiographies reveal her joys and griefs within a vivid description of seventeenth-century life. They reveal a personality that was vulnerable and determined; charitable and canny. Her autobiographies provide a window into a vibrant world of seventeenth-century life as lived by this complex and intriguing seventeenth-century woman.

Destined for the Stars: Faith, the Future, and America’s Final Frontier, by Catherine L. Newell (University of Pittsburgh Press)

Where did humanity get the idea that outer space is a frontier waiting to be explored? Destined for the Stars unravels the popularization of the science of space exploration in America between 1944 and 1955, arguing that the success of the US space program was due not to technological or economic superiority, but was sustained by a culture that had long believed it was called by God to settle new frontiers and prepare for the inevitable end of time and God’s final judgment. 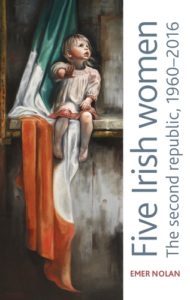 Five Irish Women is comprised of five interlinked portraits of exceptional Irish women from various fields – literature, journalism, music, politics —who have achieved outstanding reputations since the 1960s: Edna O’Brien, Sinéad O’Connor, Nuala O’Faolain, Bernadette McAliskey and Anne Enright. The book looks at their achievements—works of art in some cases, but also life-writing, interviews and speeches—and at their reception in Ireland and elsewhere, shedding light on some of their shared preoccupations, including equality, sexuality and nationalism.

Persuasive Acts: Women’s Rhetorics in the Twenty-First Century gathers an expansive array of voices and texts from well-known figures including Hillary Rodham Clinton, Malala Yousafzai, Michelle Obama, Lindy West, Sonia Sotomayor, and Chimamanda Ngozi Adichie, so that readers may converse with them, and build rhetorics of their own. Editors Shari J. Stenberg and Charlotte Hogg have complied timely and provocative rhetorics that represent critical issues and rhetorical affordances of the twenty-first century. 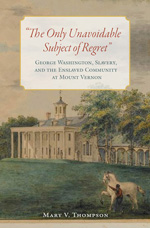 “The Only Unavoidable Subject of Regret”:George Washington, Slavery, and the Enslaved Community at Mount Vernon, by Mary V. Thompson (University of Virginia Press)

George Washington’s life has been scrutinized by historians over the past three centuries, but the day-to-day lives of Mount Vernon’s enslaved workers, who left few written records but made up 90 percent of the estate’s population, have been largely left out of the story. In “The Only Unavoidable Subject of Regret,” Mary Thompson offers the first comprehensive account of those who served in bondage at Mount Vernon. Drawing on years of research in a wide range of sources, Thompson brings to life the lives of Washington’s slaves while illuminating the radical change in his views on slavery and race wrought by the American Revolution.

In The Science of “Breaking Bad,” Dave Trumbore and Donna Nelson explain, analyze, and evaluate the show’s portrayal of science, from the pilot’s opening credits to the final moments of the series finale. The intent is not, of course, to provide a how-to manual for wannabe meth moguls but to decode the show’s most head-turning, jaw-dropping moments. Trumbore, a science and entertainment writer, and Nelson, a professor of chemistry and Breaking Bad’s science advisor, are the perfect scientific tour guides. 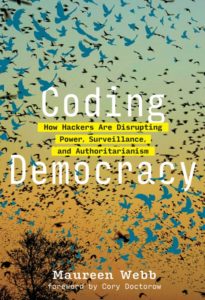 Hackers have a bad reputation, as shady deployers of bots and destroyers of infrastructure. In Coding Democracy, Maureen Webb offers another view. Hackers, she argues, can be vital disruptors. Hacking is becoming a practice, an ethos, and a metaphor for a new wave of activism in which ordinary citizens are inventing new forms of distributed, decentralized democracy for a digital era. Confronted with concentrations of power, mass surveillance, and authoritarianism enabled by new technology, the hacking movement is trying to “build out” democracy into cyberspace.