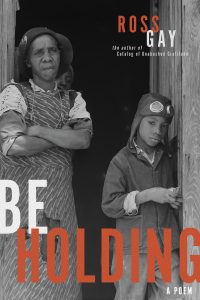 The University of Pittsburgh Press is thrilled to announce Be Holding, the fourth book of poetry from Bloomington, Indiana-based poet and writer Ross Gay, is the winner of the 2021 PEN America Jean Stein Book Award. Published in UPP’s Pitt Poetry Series, Be Holding is the first book published by a university press to win the prestigious Jean Stein Prize.

“I think this book is so much not only this desire, but this practice. The practice being understanding that we are made of each other. . . . I want to honor the mycelial way poems are made. But not only poems, lives. Our lives, each other’s lives,” said Gay in his acceptance speech.

Founded in 2016, the Jean Stein Book Award annually “recognizes a book-length work of any genre for its originality, merit, and impact, which has broken new ground by reshaping the boundaries of its form and signaling strong potential for lasting influence,” according to the PEN America website. This year’s judges were Vievee Francis, Fred Moten, and Tommy Orange. Gay will receive a prize of $75,000.

Be Holding, a book-length poem, is a love song to legendary basketball player Julius Erving—known as Dr. J—who dominated courts in the 1970s and ‘80s as a small forward for the Philadelphia ‘76ers, as well as over his career in both the NBA and ABA. Through a kind of lyric research, or lyric meditation, Gay connects Dr. J’s famously impossible move from the 1980 NBA Finals against the Los Angeles Lakers to pick-up basketball and the flying Igbo and the Middle Passage, to photography and surveillance and state violence, to music and personal histories of flight and familial love.

Press director Peter Kracht added, “We are proud to represent the creative efforts of the talented people of the university press community, who publish great books each and every year.” 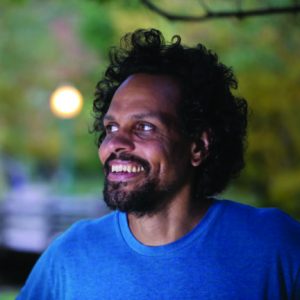 Ross Gay is the author of four books of poetry: Against Which; Bringing the Shovel Down; Be Holding; and Catalog of Unabashed Gratitude, winner of the 2015 National Book Critics Circle Award and the 2016 Kingsley Tufts Poetry Award; and the essay collection, The Book of Delights. Gay is also the co-author, with Aimee Nezhukumatathil, of the chapbook Lace and Pyrite: Letters from Two Gardens, in addition to being co-author, with Rosechard Wehrenberg, of the chapbook, River. He teaches poetry at Indiana University.